Gadgets for the Techie Pet Owner

I won’t lie … my dogs and cats have a pretty nice life.  I don’t really consider them spoiled, because I do insist that they be reasonably well-mannered and appropriately behaved, but they do have it pretty good.  Though, the way I see it, they deserve it.  They bring an incredible amount of joy, love, and companionship to my life, so even given all I do for them, I still feel like it can’t possibly compare to all they give to me.  Also, all five of them had less than auspicious beginnings in life.  The dogs were both rescue pups, (though The Flying Monkey had an easier time of it than The Paragon did – she got yanked from a high kill shelter in Miami along with her sister and was queening it up in her foster home and sleeping in bed with her foster mom’s little girl when I adopted her) and all three cats were born feral.   I consider myself incredibly lucky to have each of them, but there’s no doubt that they also got pretty lucky to have landed themselves a home with us.  Things could easily have gone far differently for each of them, and indeed, for The Baby in particular, he probably didn’t have much longer out there on his own before starvation, dehydration, and a nasty respiratory infection would have done him in.


The point is … I do concede that this once-motley, now greatly beloved, furry crew of mine do have things pretty good.  But neither are they particularly spoiled.  Their collars and leashes aren’t terrifically expensive, they don’t have “wardrobes” to speak of, except for a few T-shirts and sweaters for the dogs when it’s cold and they need them, and they certainly aren’t slurping mineral water out of crystal dishes.  They get filtered tap water in stainless steel bowls, and they like it just fine!  About the only thing I do splurge on is their food, but I don’t even really consider that a splurge.  I consider it an investment in their health, and that’s why my vet bills, except for things like routine checkups and blood work, and the required-by-law yearly rabies vaccines (I don’t routinely vaccinate for anything but rabies – I do titers instead), are just about nonexistent.


But even though I don’t consider myself particularly extravagant (in much of anything, but even where my greatly treasured furry housemates are concerned) I do still like to keep an eye on the trends.  So today when I was scanning MSN.com for my daily dose of all things newsworthy and not-so-newsworthy, my eye was caught by an item that read “The 7 Best Tech Gadgets for Pets.”  I had five minutes to kill, so I clicked.  Here’s what I found:

This gadget shoots a ball up to 30 feet away whenever the ball is dropped into the funnel.  For ball-obsessed dogs, whose owners get tired of throwing a ball over and over, I can see the appeal in this gadget.  But in my house, the pups’ preference runs more toward stuffy toys with squeakers than to balls.  I have some friends whose dogs might really like this, though.


Verdict:  I can see where this might come in handy for some people, but for me I would have to pass. 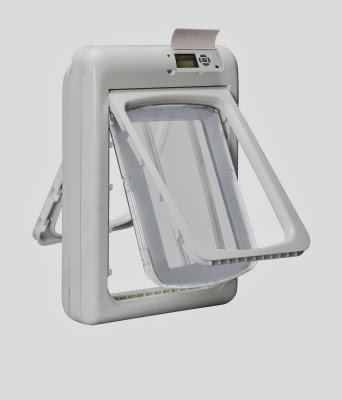 Truthfully, I’m kind of surprised that this particular gadget made it on anyone’s short list.  I’ve seen its’ like many times before.  It’s a pet door that can be programmed to allow entry or exit only for designated pets by using a little electronic key that attaches to their collar. As I said, I’ve seen other ones that advertise similar capabilities in the past, so I can’t see what’s so different or great about this particular one.

Again – I’m not terribly impressed with this one.  Its selling points include that you can manage exactly when your pet eats and exactly how much.  But other automatic feeders can do this, too, and actually, so can I, with my own two hands, albeit not when I am not actually home!  The difference here is that you can program the portion amounts and the times the food is dispensed via a computer, smartphone, or tablet.  I guess this is handy, but again, I prefer to feed my animals myself.  Also, I feed a raw diet, so it probably wouldn’t work very well for me anyway.

Perhaps my Amish roots are showing, but here’s another gadget I just don't see the point in.  A little device hooks on to the pet’s collar, and “uses information like weight, age, and breed to crunch data about your pet’s periods of activity and rest.”  This, apparently, allows you to “set and chart health goals and track behavior patterns.”  To what purpose, I’m not exactly sure.

At the risk of sounding like the boat-coveting-woman-from-Napoleon-Dynamite let me just say:  I want this!  Unlike with a web cam, not only can you see/hear your pets, but they can see/hear you as well.  The PetChatz unit is plugged into an electrical outlet and then screwed securely into the wall stud.  The PetChatz unit is connected to your home WiFi network and then you log in to PetChatz.com on your computer, or download the app on your tablet or smartphone, and you’re ready to go.  Go to the PetChatz website and see a video of it in action.


Verdict:  $349 doesn’t seem that bad for this system – heck, it even dispenses treats – but then again – I can think of other things I would probably rather buy for that amount of money.  And yet I can’t deny that I really would like to try it out.  Not even for the dogs so much, as they are with me at the office most days, but for the cats.  Especially because I like to go away for the weekend (usually the dogs come along) and when I do, it’s easy to have my pet sitter come twice a day to feed the cats, but The Hunk, especially, is so shy with people he doesn't know well, that my pet sitter, K, pretty much has to take it on faith that everyone’s still alive and well.  The fact that I could dispense treats remotely would be kind of fun, and I can see The Baby, especially, really digging that.  I’m highly intrigued, and feeling covetous, but not quite ready to whip out my credit card at this juncture.

Gadget #6:  The Tagg Tracker ($100 from pettracker.com plus an $8 per month service fee after the first 90 days of service) 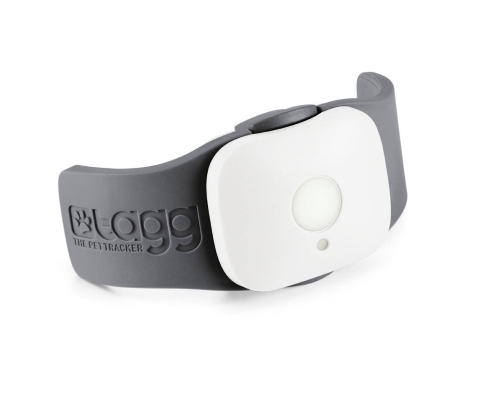 This gadget, I admit, is pretty cool.  It attaches to your pet’s collar (it’s designed to be worn at all times – and is even waterproof!) and uses a GPS system to keep tabs on the pet’s location.  If the pet strays from a designated zone, you’ll be alerted by both email and text message, and you can track the pet’s location on a map using your computer, or mobile device (you have to download the free Tagg mobile app for that).  With my current situation, and my current animals, I don’t have much real need of this device, though given The Baby’s penchant for staring holes through doors (and his recently documented ability to OPEN them himself), this probably would be a good idea for him.  And it definitely would have come in handy back in my departed Malamute mix, Dakotah’s, glory days.  That boy could run like the wind, and he’d take any available opportunity to take off and explore on his own.  I remember one sleepless night in particular when a family member accidentally let him out during a torrential rainstorm and he got his collar snagged on something, got stuck fast, and it wasn’t until daylight that someone spotted him.


Verdict:  If you have an escape-prone pet, this definitely seems worth looking into. 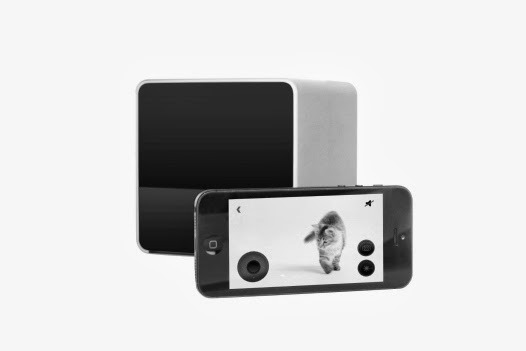 Similar to the PetChatz, this gadget is designed to let you keep an eye on your pet(s) when away from home.  Set to debut in May, it will allow you to check in on your pet(s) via a mobile app.  A wide angle camera streams and records HD video to your computer or smartphone, and apparently you can move around a laser pointer to “virtually play with your pet.” Though cheaper than the PetChatz system, this one doesn’t really thrill me.  If I were to choose between the two, I’d rather pay double the money for the PetChatz system as it just seems like it can do more, and is more interactive.

Overall, quite a few of these gadgets were not all that exciting to me, but I really am strongly considering trying out the PetChatz system, and I think the Tagg Tracker is also a great idea, especially for pets that are known escape artists.

What about you?  Do any of these strike your fancy?  Is there a pet-related gadget that you just can't live without?